As a senior wealth advisor, Kelly works with clients to create customized wealth plans to help them reach their goals today, tomorrow and in the future.

Prior to joining Mariner Wealth Advisors, Kelly was vice president, head of the San Francisco office of Goldman Sachs’ Personal Financial Management, within the Consumer and Investment Management Division of Goldman Sachs.

From 1995 – 2008, Kelly managed The Trevethan Group at Oppenheimer & Co., where he was managing director of investments and a member of the Oppenheimer & Co Chairman’s Council, an award given to their top 20 financial advisors.

Kelly began his career in wealth management at Bear Stearns in 1983.

He has a Bachelor of Science degree in economics from Saint Mary’s College in Moraga, Calif.

Kelly and his wife are owners of the historic axr napa valley estate winery in St. Helena, California. He is also a partner and board member of Alpha Omega Winery.

In 2010, Kelly founded a philanthropic winery project, Speratus Winery, with winemaker Jean Hoefliger that donated 100% of its profits to provide scholarships to three Bay area high schools for families living below the national poverty level. This project raised more than $750,000 in financial aid.

Kelly and his wife, Tiffani, have been married for more than 30 years and have three adult children. 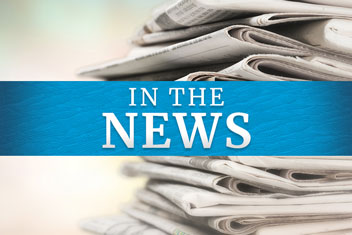 Kelly Trevethan, senior wealth advisor, discusses how to salvage the economics of your new financial life after divorce.
Read Article

Vineyard to Glass: The Wine Experience

Have you ever wanted to ask a professional vintner what, regardless of cost, makes a good wine or what...
Tune In

What Is the Real Cost of Owning a Pet?

Oftentimes, we only look at the short-term cost of owning a pet such as adoption fees, toys, food and...
Tune In
See all Insights
Call Now