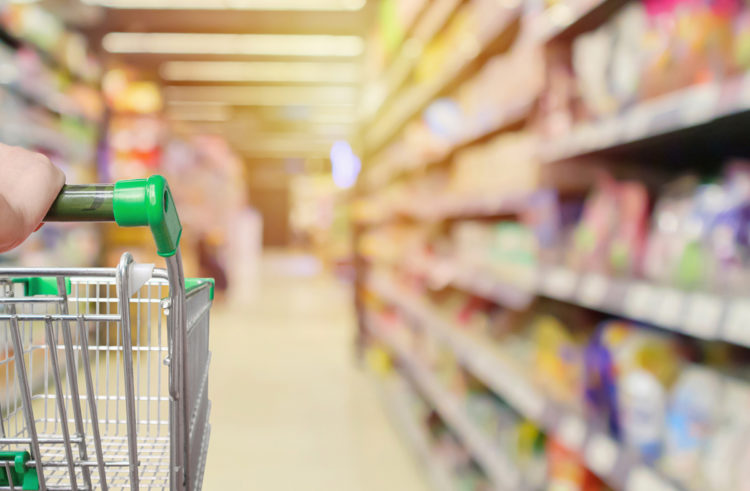 Business cycles come and go, profits rise and fall. Stock markets rise and fall accordingly, but valuations (not prices) of stocks aren’t driven by the business cycle or profits. They are driven by interest rates, which are fundamentally driven by inflation. Why is the stock market selling at 22x earnings and not 8x earnings as it was in the early 1980s? It’s because interest rates (10-year Treasury notes) have fallen from 14.8% yield in Q3 1981 to today’s yield of 1.6%.2

Want proof? From 1981 to 2020, the companies in the S&P 500 reported earnings gains of +810%. If investors today were valuating earnings at the same ratio, the same valuation, as was the case in 1981, then stocks would have risen by 810% in price since 1981.3 However, stock prices have risen by a whopping 2,987% over the noted period.4 If earnings weren’t the primary driver of stock price gains over that 40-year period, what was?

Stock market trailing P/E ratios (price/earnings ratios – a widely followed standard valuation measure to evaluate a stock’s prospects) rose from 8x earnings in 1981 to 27x earnings late last year.5 This rise in the multiple investors who are willing to attach to an earnings stream occurred during the period when both inflation and interest rates collapsed. When bonds offer uncompelling rates of return, investors turn elsewhere. They have tended to turn to the stock market for returns that the bond market isn’t able to offer.

By this analysis, interest rates rather than corporate profits drive stock prices more dramatically than corporate earnings, at least over long periods of time. Bonds are not offering a competitive return compared to other alternatives, so investors have bid up stock valuations, or P/E ratios, to high levels.

Enter inflation. As noted in last month’s piece, the Federal Reserve, which controls short-term interest rates and significantly influences long-term rates, is charged with keeping prices steady. It is one of their two main charges from Congress. The Fed stated their tolerance, or range, for inflation remains around 2%. Over the last year, inflation, irrespective of how you measure it, is higher than 2%.

That said, people are starting to worry about rising inflation pressure and rightly so. It seems a day doesn’t go by where The Wall Street Journal doesn’t carry a lead article on building inflation worries and pressure.

The building inflation story isn’t new. It came to the forefront when the Bureau of Labor Statistics released their Consumer Price Index (CPI) data for the month of April, which showed inflation rose by 4.2% over the previous 12-month period. These numbers can be sliced and diced in many ways, with many reasons being levied on the upside inflation surprise. Many believe (as I do) that this high level of inflation will prove unsustainable. But I, unlike others, believe disinflation/deflation pressures (falling inflation and falling prices) that have been dominant over the last 40 years may indeed be waning.

Economists like to label inflation either the “demand/pull” or “cost/push” variety. The difference is meaningful. Demand/pull, as the name implies, tends to be more of a temporary mismatch between supply and demand for products and services.

One downside of the Biden economic rescue package has been the total focus on the “demand” side of the economy. By sending checks to people and businesses, demand for goods and services has been ramping upward. However, the supply of products and services to meet that rising demand, in many cases, is missing. This unbalanced environment tends to lead to rising prices, which is what we are seeing in many areas. Think gasoline, oil, lumber, copper, airfares, food, and yes, labor. Prices for all these products are rising. This type of inflation tends to moderate as businesses ramp-up supply of these goods/services. While this may take time, progress in the increase of supply in many of these areas is occurring.

The other type of inflation – cost/push – tends to have sharper teeth and takes longer to tame. Cost/push pressures tend to occur when the mismatches from demand/pull aren’t mitigated somewhat quickly, and wage rates tend to rise, because of the shortage of labor combined with rising living expenses. As wages rise, many businesses will attempt to pass along those cost increases, with higher prices, which tends to agitate inflation, which tends to bring employees back to the bargaining table for higher wages…an inflation spiral tends to take hold. This type of inflation historically has taken Federal Reserve monetary policy to become very restrictive, with rising interest rates. If you were around in the 1970s this all sounds too familiar to you.

I currently believe inflation will remain tame, by historical standards. According to the folks at the St. Louis Fed, the average, long-term inflation rate (back to the end of World War II) has been 3.7%.  Remember, the Fed is targeting inflation of 2.0%; much lower than the long-term average in our country. I am suggesting this year we will see inflation to average 2.5%, rising to 3.0% next year, staying below the long-term average.

The real key here is labor costs. If labor costs rise significantly, I will need to adjust my outlook upward. The economy’s service sector (not manufacturing or agriculture) employed 79% of all workers in 2019.6  So, paying attention to service costs that may be reflective of rising wage costs in that segment is key to the sustainability of rising cost/push inflation.

Let’s step back and consider not just the next year or so but think about inflation potential over the next number of years, when fundamentals rule the outlook.

The 10-year U.S. Treasury breakeven rate is currently at 2.47%. This suggests serious investors currently believe inflation will average 2.5% annually over the next 10 years. Before you take this to the bank, consider the same measure showed an expected long-term inflation rate was about 0.5% early this year.7 So, serious investors are suggesting the risks of rising inflation have certainly risen, but not too much in relation to the Fed’s target inflation rate.

Nobody “knows” what inflation is going to be either this year or certainly over the next 10 years.  According to Richard Bernstein, the real issue investors need to consider isn’t whether inflation is at “X” percent or “Y” percent, but rather what will inflation be in relation to consensus. That difference may be what tends to drive asset values going forward.

Ed Yardeni has written several pieces recently on the inflation question. Because of the importance of the issue and the high level of uncertainty surrounding the question, he believes the best way of looking at the inflation question is to lay out not just one, but a multiple of potential outcomes, with current probabilities of occurrence.  Consider the following possible outcomes, which Ed has outlined as we move forward:

From the above longer-term probable outcomes, we can surmise that:

I concur with Ed’s thoughts above (my probabilities of occurrence are shown). A separate commentary is probably needed to discuss the power of worker productivity growth rates, but as workers become more productive, employers can afford to pay them more, which allows the maintenance of business profit margins and capital spending rates. Note the chart above, which shows a nice uptick in the most recent data pertaining to worker productivity growth rates, which is running around 4% on an annualized basis.

My bottom line – while the risk of higher sustained damaging inflation pressure seems to be building, I believe the odds suggest that in the end, inflation will remain reasonably contained and shouldn’t move directly into a damaging cost/push variety.

Mariner Wealth Advisors (“MWA”), is an SEC registered investment adviser with its principal place of business in the State of Kansas. Registration of an investment adviser does not imply a certain level of skill or training. MWA is in compliance with the current notice filing requirements imposed upon registered investment advisers by those states in which MWA maintains clients. MWA may only transact business in those states in which it is notice filed or qualifies for an exemption or exclusion from notice filing requirements. Any subsequent, direct communication by MWA with a prospective client shall be conducted by a representative that is either registered or qualifies for an exemption or exclusion from registration in the state where the prospective client resides. For additional information about MWA, including fees and services, please contact MWA or refer to the Investment Adviser Public Disclosure website (www.adviserinfo.sec.gov). Please read the disclosure statement carefully before you invest or send money

5 Tax Strategies to Help Save Money