I’ve received numerous questions as to the wisdom and to the potential, unintended consequences of the government’s bailout programs, which have now become de rigueur. It seems many of us are capitalists when things are good but turn to socialists when things get dicey. Mr. Government, save us from ourselves! This attitude isn’t without cost. When given power and control, politicians, like anybody else, are hesitant to give up that newfound power.

To quickly review, the federal government entered the year spending about $1 trillion more per year than it received in taxes. Roughly, this deficit was equal to about 5% of overall gross domestic product (GDP) activity, according to the St. Louis Federal Reserve. Now, because of the self-imposed economic shutdown, according to Forbes, the deficit has exploded by four times, to an approximate $4 trillion for the year, or 20% of overall 2019 economic activity.

Some ask, “Will the deficit explosion have any negative effect on economic stability?” No matter if the economic input comes from the private sector or the government, as long as the money flows, then everything remains the same over the long term. Right? I don’t think so.

No Such Thing as a Free Lunch

I was in college in the 1970s, at a time when all good economic students were schooled in Keynesian economic theories. These theories centered on the control of final demand, which featured government spending as a key driver of economic life. At that time, one counter theory to the Keynesian view, which featured free-market drivers, was the monetarist theory. Dr. Milton Friedman was the standard-bearer of this school. I had the privilege of hearing Dr. Friedman speak while studying economics. His thoughts influenced my views.

One of Friedman’s thoughts was, when thinking of the economy, there is no such thing as a free lunch. As a free-market monetary economist, Friedman said many things that ring as true today as they did then. For those who believe government spending and government control of the economy through various influences has no overall cost to the economy, read on.

As noted, the federal government has expanded spending programs to the tune of the $2.3 trillion CARES Act. These programs run the gamut from $1,200 checks for households to $25 billion bailouts for airline companies, following a 95% plunge in air traffic. From cash infusion to many small businesses to renter’s and student loan relief, the coverage of the bill goes on and on. What? You aren’t getting a check in the mail? You, my friend, have a high-quality problem if you are not eligible to receive “free” money from the government…you have income above certain thresholds.

What about the costs of the bailout? Where is the money (the $2+ trillion) coming from? From the Federal Reserve, which is basically “printing” the money and expanding its balance sheet. Remember, the government can gin up money in three ways, all of which have social and economic costs:

Some may say, “What of the current situation?” The government is rescuing the private sector from outright collapse. Didn’t capitalism fail with current circumstances? Remember, the current economic shutdown is being driven by government mandate. But let’s face it, most of us are capitalists when the economy is rising (most of the time) but we turn to socialist solutions during times of economic stress, as we look to the government to save the economy.

In the meantime, the federal government has ordered the shutdown of the economy, which of course has occurred. To soften the blow to human suffering and loss, the government has launched the fiscal spending programs mentioned above. In addition, the Fed has been working overtime by providing tremendous amounts of liquidity to the markets to help soften the blow and allow the system to function efficiently.

Remember the quantitative easing (QE) actions of the last decade? QE 1, 2 and 3 have no comparison to today’s QE infinity. Under former Fed Chairman Ben Bernanke, the Fed intervened during the Great Recession by purchasing large amounts of Treasury securities and government-backed mortgage bonds in an effort to kick-start risk taking, supporting the capital markets. Rising capital market values were supposed to increase wealth creation, which, in turn, was supposed to push consumer discretionary spending upward. This is called the wealth effect.

Today’s QE actions have taken yesterday’s actions and expanded them to include the purchase of non-government backed bonds. The Fed has been busy buying corporate bonds, including high yield (junk) bonds. Chairman Powell’s QE actions are different than Bernanke’s actions in two ways. One, the Fed is now in the business of picking individual bond market segment winners and losers, as it has discretion as to what it purchases, supplying capital support to private enterprises, including more dicey credits. This in itself creates real questions. The second difference is because the Fed is purchasing risk-based assets. Its motive for the actions has little to do with spurring the growth of the wealth effect, rather these are direct, risk-based market support mechanisms.

The trade-off with these actions? First, the Fed’s direct intervention in the corporate bond market creates significant levels of market price distortion. For example, if the Fed buys the bonds of oil companies, some of which may be high-cost producers, it allows those inefficient producers to stay in business during the current oil price collapse. In this example, the Fed is not allowing the market to “clear” the decks of an inefficient oil producer. The Fed is not allowing the “creative destruction” of the capitalist system to function properly. This creates distortion in asset pricing, which then clouds the proper pricing of risk, which causes real problems for many segments of the economic system.

Belly Up to the Bar

Lastly, with the Fed’s support of the corporate bond market, state and local governments may start to ask, “Hey, what about us?”  If the federal government can provide support to the risk-based capital market, why not financially support individual states and municipalities? Most state constitutions demand that the governments run balanced budgets. With the government-commanded economic shutdown, municipal tax receipts (sales tax, etc.) are low. I suspect we will see many municipalities petition the Fed to supply credit to them, which, of course, they will most likely spend freely. As the old tavern saying goes, “Belly up to the bar, boys. Someone else is buying!”

All Leading to Changes

Why worry about the government’s actions? Because we still live in a world where democracy and free markets have commanded historical decision processes. What goes where – which businesses and enterprises get capital and which ones don’t? In a free market world, these decisions are based on economic efficiencies and social needs. In a government-based world and a “command” economy, the main driver behind capital allocation decisions tends to be social needs and the need of those in power to remain in power. Inefficiencies accelerate, and unintended economic consequences rise.

What type of risks does this all create? Immediately, not much. The Fed and the central government are attempting to support the economy during this state-enforced shutdown. But what about the other side of the tunnel? How may this all effect the economy after we enter a “new normal” environment?

To one degree or the other, our lives were changed as we came out of previous crisis events. I suggest the following big-picture issues may be affected following the pandemic:

And, from a more micro, or close-in view, the following issues are now at hand, or may have influence as we move forward:

I am coming to the conclusion that investors need to consider what the future may hold:

Hopefully this work highlights the view that the economic environment will face going forward will be different than what we experienced going into the pandemic. However, with change might come investment opportunities. New profitable opportunities might open, as others may struggle. I suggest investors should consider remaining flexible in their structure and decisions going forward and stay close to their wealth advisor. 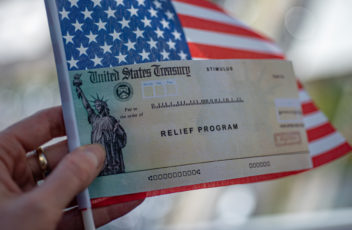